Covering court matters is not easy. There are protocols to follow, perils and pitfalls to avoid. But the experience provides all reporters with essential skills and disciplines they will carry throughout their career.

Watch our chat with a panel of esteemed experts about the ins and outs of court reporting.

Courtrooms are the theatre of our legal system. They provide drama and an endless stream of important and compelling stories. Those who report on the courts help uphold a fundamental principle of the open justice system – that justice must be seen to be done.

Moderated by RPCV committee member Greg Dundas, this was an interactive discussion and viewers asked questions of the panelists and tapped into their diverse and extensive experience. 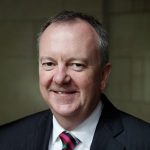 Justice Richard Niall was appointed to the Victorian Court of Appeal in November 2017, where he sits in both criminal and civil appeals.

In June 2015, Justice Niall was appointed the Solicitor-General for Victoria. He was admitted to practice in 1991, signed the Bar Roll in 1995, and was appointed Senior Counsel in 2010. 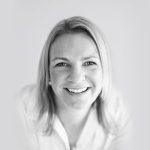 Sally signed the bar roll in 2004 and was appointed silk in 2017. She is a highly experienced trial advocate and has appeared at all levels of the criminal law jurisdiction including appearing in a number of murder trials in the Supreme Court.

Sally appears for both the prosecution and defence and is Vice-Chair of the Criminal Barristers Association. 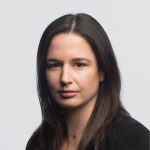 Tammy Mills got her start in journalism at the Shepparton News and The Border Mail, where she covered – as most regional reporters do – everything, but specialised in crime with a healthy dose of court reporting.

She has been with The Age for the better part of a decade covering crime, courts, legal affairs and now video and podcasting.